On the 11th of March 2011, the Fukushima Daiichi Nuclear accident spread radioactive contamination widely over the east of Japan, not just Fukushima.

According to the International Commission on Radiation Protection and Japanese law, the maximum allowable dose from human-made radioactivity is 1mSv/year for citizens. But in Fukushima 20mSv/year is allowed for the victims of the nuclear disaster. This double standard shouldn’t happen in a constitutional state.

Evacuees had to tear themselves away from their hometown. For the people who decided to stay, children and adults lost their stability in life, and their hopes for the future are ruined. In particular they wanted to protect children’s lives and health. Whether they stayed or not, they are all victims. They have been exposed to invisible radiation.

6 years and 8 month have passed since the disaster, the level of radiation in the air has decreased in some places, but generally there is still high contamination. Caesium 137 from the nuclear accident has a half-life of thirty years. Most of the plaintiffs lived in the ‘radiation controlled area’ which is over 40,000Bq/㎡, so the evacuation needs to continue.

Nuclear disaster creates an enormous amount of pollution, and sever damage is continuing widely. The plaintiffs sued the Japanese government and TEPCO (Tokyo Electric Power Company) in order to make their responsibility clear, in the hope this kind of disaster will never happen again, and to get proper compensation.

I hope your court will recognise the plaintiffs’ lives and the facts of the nuclear disaster, and listen to their poignant appeals. I strongly request a fair judgement which acknowledges the evacuees’ human rights.

Support Group for nuclear plaintiffs, including the Nuclear Power Plant Lawsuit for Compensation in Kyoto

This petition will be delivered to: 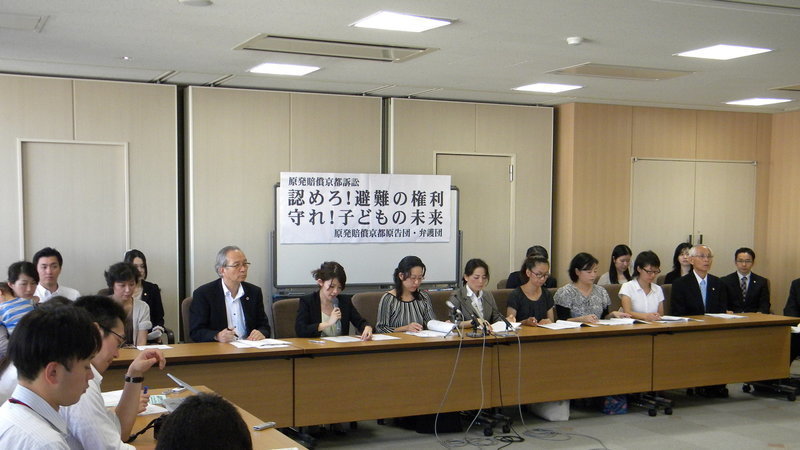