Photo taken on Feb. 22, 2017 shows a warning sign at Okuma near the Fukushima Daiichi nuclear power plant, Fukushima Prefecture, Japan March 11, 2018 by Jon Day   TOKYO, March 11 (Xinhua) — “Everyone used to call her ‘Grandma.’ She was one of the sweetest, kindest and most generous people you could ever hope…
— Read on dunrenard.wordpress.com/2018/03/15/fukushimas-forgotten-souls/

It’s been seven years since the Fukushima Nuclear Disaster on 11th of March 2011. I would like to wholeheartedly say thank you to all the Fukushima supporters.

These days in Fukushima, we often hear such words as “repatriation,” “reconstruction,” and “health creation.” With the Tokyo Olympic Games 2020 approaching, a huge investment has been made to redevelop disaster-struck areas. Research centres for decommissioning technology and for robotics, wind farms, mega solar parks, as well as biomass generators are being build in severely devastated coastal areas as a part of “Innovation Coast Project.” Futaba Town, one of the most heavily contaminated areas located in the immediate vicinity of Fukushima Daiichi Nuclear Power Plant, plans to host an archive centre to record damage inflicted by the disaster, and an industrial centre in an attempt to attract study trips from high schools. Fukushima Prefecture is soon reopening the whole length of a major motorway on the eastern coast, trying to repatriate all the Fukushima evacuees.

On the other hand, however, there are a string of human rights violations on a huge scale. The current repatriation scheme does not mean that you can return to a thoroughly decontaminated, safe area. Instead, it means that you have to live with the contamination as long as the dose is claimed to be under 20 millisieverts a year. This threshold is 20 times higher than the allowable dose for citizens everywhere in the world before the disaster. There are no publicly funded recuperative support plans for the repatriated children. Financial compensations and housing subsidies are cut even if you decide not to return. There are people who have no choice but to return to the still-contaminated area for financial reasons. Some are resigned to become homeless and others have felt so devastated that they have taken their own lives. Some evacuee families have been sued for eviction from their shelters. In the UN Human Rights Council, four member states have recommended corrective actions over the human rights situation in Japan.

The situation within the Fukushima Daiichi Nuclear Power Plant also remains highly critical. There are now over 800 tanks, each of which contains 1000 tons of tritium-contaminated water. The current and previous chairmen of the Nuclear Regulation Authority have insisted that pouring the tritium-contaminated water into the ocean is the only solution, and they are attempting to gain consent from local authorities. For me, this is the first ocean I saw in my life as a four-year old girl. I can still picture the scenery in my mind. It was one of the three greatest fishing places in the world, with rich marine life. The ocean connects many places all over the world. Now that Fukushima Nuclear Disaster has already caused massive radioactive contamination of the ocean, I don’t wish to exacerbate it by letting the contaminated water in the tanks flow in, further contaminating the ocean. It is unbearable for me that the government is indeed trying to promote such an action despite the fact that they should be trying to stop it. The local fishing industry is desperately trying to prevent the release of tritium-contaminated water into the ocean. I have to ask you all over the world to raise your voice with them.

The number of people in Fukushima Prefecture having thyroid cancer, or having large cysts that indicate possible thyroid cancer, has risen to 193. The Oversight Committee for Fukushima Health Management Survey continues to insist that it is “unlikely” that the Fukushima Nuclear Disaster caused the surge in the number. What is worse, it turned out last year that there were unreported thyroid cancer cases. People who were deemed “in need of follow-up observation” at the first screening and then individually received thyroid cancer diagnosis before going through the next screening, did not appear in the statistics. Faced with criticism from some committee members and citizens, Fukushima Medical University has decided to look into the matter. The investigation, however, is supposed to take as long as two years. Despite the fact that this survey is the only one that examines the health conditions of Fukushima victims, not even a correct result has been provided. There are also people trying to diminish the scope of the health survey, using phrases like “overdiagnosis,” “a health survey in school violates human rights,” or “people have rights not to know.” I think Fukushima Prefecture, which refused to even distribute iodine at the beginning of the nuclear accident, has a responsibility to continue carrying out the thyroid cancer survey.

Two years ago I was surprised to learn that high school students visited Fukushima Daiichi Nuclear Power Plant to observe decommissioning works. Now Fukushima University has also started to provide students with opportunities to visit the plant as a part of their curriculum. With the aim of developing robots that can be used for decommissioning work, technology students from all over Japan are encouraged to join robotics competitions in Fukushima. Commutan Fukushima, a facility in my town built for the purpose of radiation education, helps children learn through visual aids and games. There have been 100 thousand visitors during the year since its opening. There I had an opportunity to read messages left by visitors. Many children wrote “I was scared of radioactivity, but I am glad to be reassured that it exists in the natural environment and foods, ” or “if everyone learns here, Fukushima will no longer be discriminated.” As such, the aim of the facility seems far from educating the children how to acknowledge and protect themselves from the danger of radioactive substances that still surround us.

Meanwhile, various lawsuits are going on in order for the victims to be properly compensated, to correct administrative procedures, or to demand criminal convictions for those responsible for the disaster. In a civil case, the court decided that Tokyo Electric Power Company (TEPCO) and the Japanese government neglected necessary precautionary measures against Tsunami. More judgments are expected this year. Hearings of the case brought by 14 thousand complainants for the criminal prosecution of TEPCO executives finally started last June. Although the three former top executives of TEPCO pleaded not guilty, prosecutors started the legal procedure with ample documents and facts to prove TEPCO’s negligence over the risk of Tsunami. I would like everyone to keep an eye on the proceedings. We are collecting signatures to petition for a truly fair trial. We have an English version of the petition form ready on our website:

This winter was very cold in Fukushima, too. Under the icy ground, however, plant seeds are waiting to sprout in the spring. Let’s not forget to dream about a new era, while living this moment with sincerity. Let’s keep our solidarity, just like oceans unite the world.

When British visual artist Lis Fields, (pictured above) participated in a study tour of Fukushima, in October 2016, she didn’t simply take photos. She documented stories, talked to evacuees, scientists and others, and built a presentation that goes beyond the visual experience. She called it “20 millisieverts per year.”

Fields’ visit to Japan was under the auspices of Green Cross Switzerland, the international environmental NGO founded by Mikhail Gorbachev who, ironically, was president of the Soviet Union at the time of the April 26, 1986 Chernobyl nuclear disaster in the Ukraine.

The ‘20 millisieverts per year’ exhibition title refers to the maximum dose of ionizing radiation originating from a nuclear power plant to which citizens of Fukushima can now be exposed in a year. In the rest of Japan and the rest of the world the maximum permitted non-occupational dose to a citizen is 1 millisievert per year, as recommended… 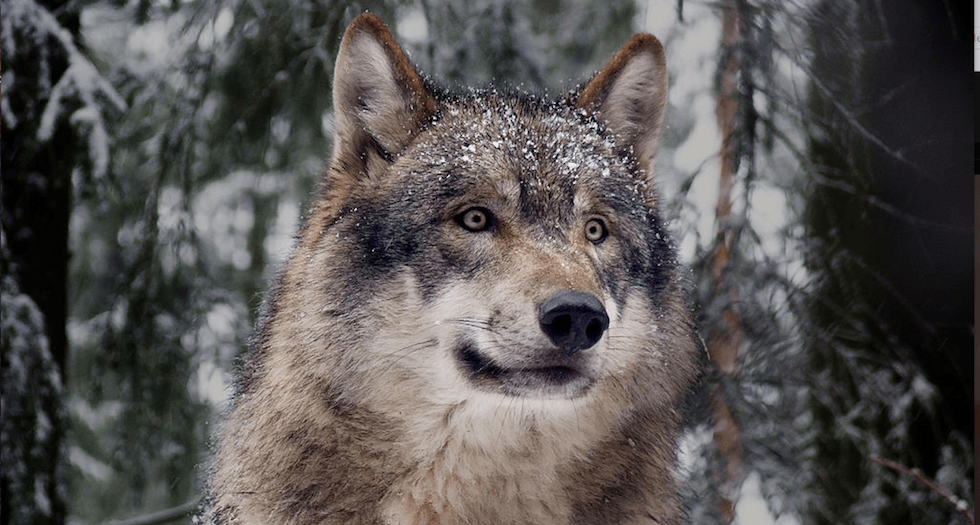 Animals in radiation zones are not doing well

via Not thriving, but failing — Beyond Nuclear International

Fukushima effect on monkeys is a warning for human health

via Stark health findings for Fukushima monkeys — Beyond Nuclear International

(The following is an excerpt from a longer article on the subject of evacuations after severe nuclear accidents. While this section focuses on Fukushima, there are lessons here for all nuclear sites and the likely failure of “on paper” evacuation plans.)

If another severe nuclear accident, such as Windscale (in 1957), Chernobyl (1986) or Fukushima (2011) were to occur, then the most important response, in terms of preventing future cancer epidemics, is evacuation. The other main responses are shelter and stable iodine prophylaxis. Adverse health effects would primarily depend on wind direction and on the nature of the accident.  This article looks primarily at the Fukushima evacuation and its after-effects.

When the Fukushima-Daiichi, Japan nuclear disaster began on March 11, 2011, evacuations were not immediate and some were hampered by the destructive after-effects of the Tsunami and earthquake that precipitated the nuclear crisis.

Once people were evacuated…

Only 35% of Fukushima Daiichi workers tested