On 11 March 2019, we gathered for a vigil to mark the 8th anniversary of the beginning of the Fukushima Daiichi nuclear catastrophe, on Piccadilly, London, across the road from the Embassy of Japan.

During the vigil we observed three minutes of silence for all of the victims of the March 2011 triple disaster of earthquake, tsunami and nuclear disaster. 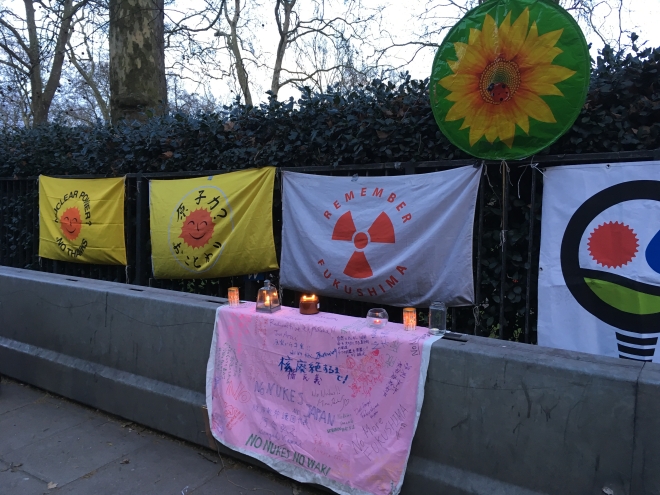 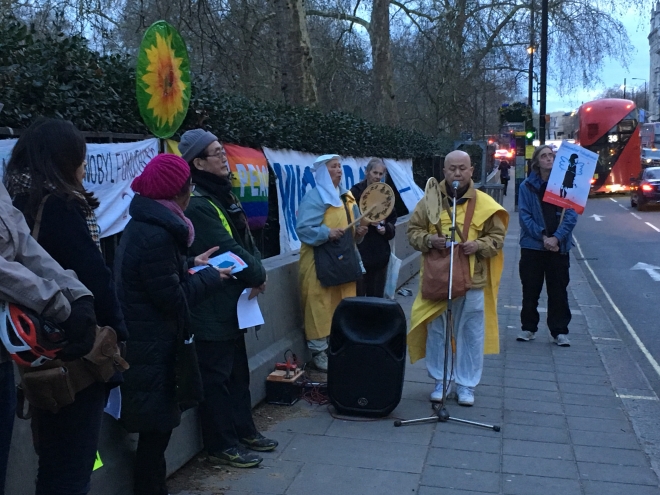 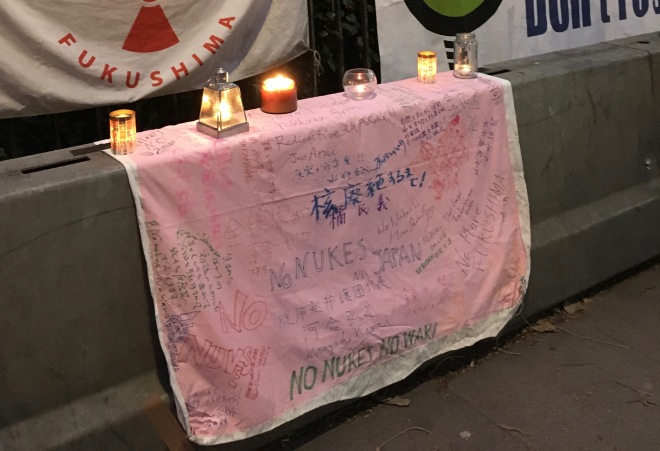 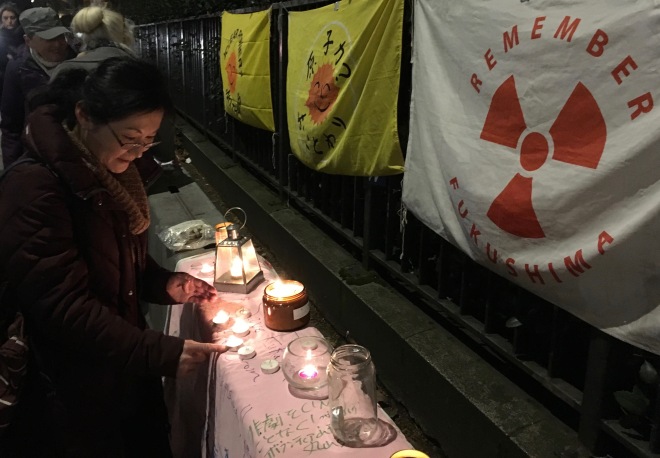 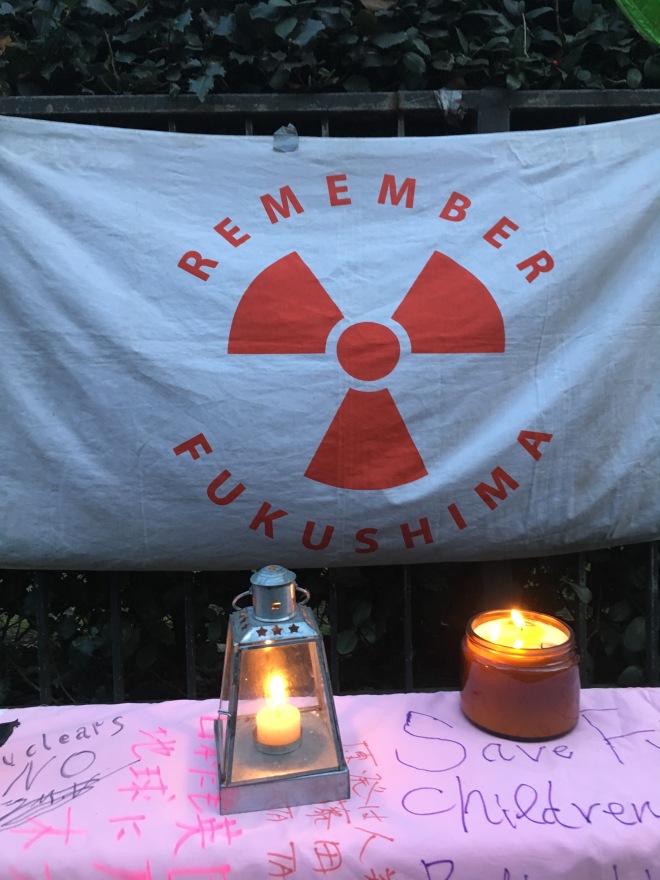