This post ends with the most beautifully articulated arguments against nuclear power by Dr. Rosalie Bertell:

Shout it from the Rooftops – Kill Nuclear Power Before it Kills Us. – this is a message you are not likely to hear from mainstream NGOs or from the mainstream media – even as they report on the collapse of the business world’s  financial support for new nuclear the message is never clear that nuclear power is a weapon, a killer, a mass murderer.

From the New York Times…

“Hitachi said on Thursday that it was suspending work on a 15 billion pound, or $19.3 billion, nuclear power project in North Wales after failing to agree on financial terms with the British and Japanese governments.

“The decision was made from the viewpoint of Hitachi’s economic rationality as a private enterprise,” the company, based in Japan, said.

Ben Russell, a spokesman for Hitachi’s British venture, Horizon Nuclear Power, said that discussions with the governments would continue but…

This is an ongoingly highly toxic and dangerous situation made even more difficult by lies and cover-ups and nuclear industry which owns way too many politicians. 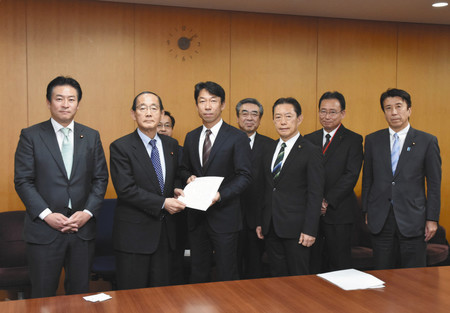 For the 8th time mayors from five cities in Chiba prefecture requested that the central government deal with high level radioactive waste in their cities: Matsudo, Kashiwa, Nagareyama, Abiko, Inzai.
Since 2011, the waste from the Fukushima disaster has been left in temporary storage locations.
The mayors began formally requesting the central government establish a long term storage facility for this waste in January. At the 8th meeting again requesting this assistance they left empty handed again.
Much of this waste consists of contaminated soil, plant matter and possibly dried sewage sludge or incinerator ash. It was not specified what waste streams would be stored in the requested facility. Much of the contaminated soil has been stored in empty lots, some of these near…

Five-year jail terms are being sought for former Tepco executives Tsunehisa Katsumata (left), Ichiro Takekuro (middle) and Sakae Muto for their alleged failure to prevent the Fukushima nuclear meltdowns in 2011.
5-year prison terms sought for former TEPCO executives
December 26, 2018
Prosecutors on Dec. 26 demanded five-year prison terms for three former executives of Tokyo Electric Power Co. over the disaster caused by a tsunami slamming into the Fukushima No. 1 nuclear power plant.
“It was easy to safeguard the plant against tsunami, but they kept operating the plant heedlessly,” the prosecution said at the trial at the Tokyo District Court. “That led to the deaths of many people.”
Tsunehisa Katsumata, 78, former chairman of TEPCO, Sakae Muto, 68, former vice president, and Ichiro Takekuro, 72, former vice president, are standing trial on charges of professional negligence resulting in death and injury in connection to the triple meltdown at… 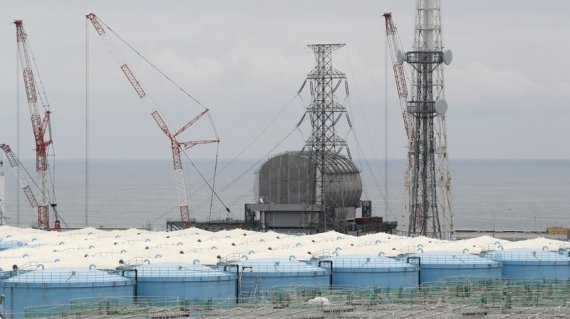 Prosecutors say TEPCO leaders should have known the risks a tsunami could pose to the Fukushima Dai-ichi nuclear power plant, which sits along Japan’s eastern coast. Here, the Unit 3 reactor is seen this past summer, amid storage tanks of radiation-contaminated water.
Executives In Fukushima Nuclear Disaster Deserve 5-Year Prison Terms, Prosecutors Say
December 26, 2018
The former chairman and two vice presidents of the Tokyo Electric Power Co. should spend five years in prison over the 2011 flooding and meltdown at the Fukushima Daiichi nuclear plant, Japanese prosecutors say, accusing the executives of failing to prevent a foreseeable catastrophe.
Prosecutors say the TEPCO executives didn’t do enough to protect the nuclear plant, despite being told in 2002 that the Fukushima facility was vulnerable to a tsunami. In March of 2011, it suffered meltdowns at three of its reactors, along with powerful hydrogen explosions.
“It was easy to safeguard the…